Remove all Doubt
|  No Comments 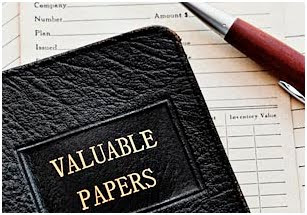 Doubt is a trouble-maker for those who are left behind by your passing.  You are encouraged to reduce or eliminate the room for doubt.  I found the below article to be loaded with helpful suggestions for making things clear.

Documents you need before you die

Your family members will need to know how to handle your affairs after your passing. To do so, they’ll need essential documents that you’ve prepared for them.
This article was reported by Saabira Chaudhuri and Mary Pilon for The Wall Street Journal, and the article appeared online in the Wall Street Journal Digital Network.